The Glacier Periodic Photo (GPP) series show photos of selected glaciers in mainland Norway. The photo series illustrates how a selection of Norwegian glaciers have changed during the last 10-140 years. The earliest photos are from 1869. The majority of the pictures are from the last 20 years. The number of photos varies between the glaciers. Please note that the photos are not necessarily taken from the same location. The photo angle, view and line of sight will vary.

Click on the glaciers in the left menu and see the photos as a slide show. For each glacier it is also possible to see a comparison of two photos. The source of the data is NVE’s photo archive, with contributions from NVE collaborators. 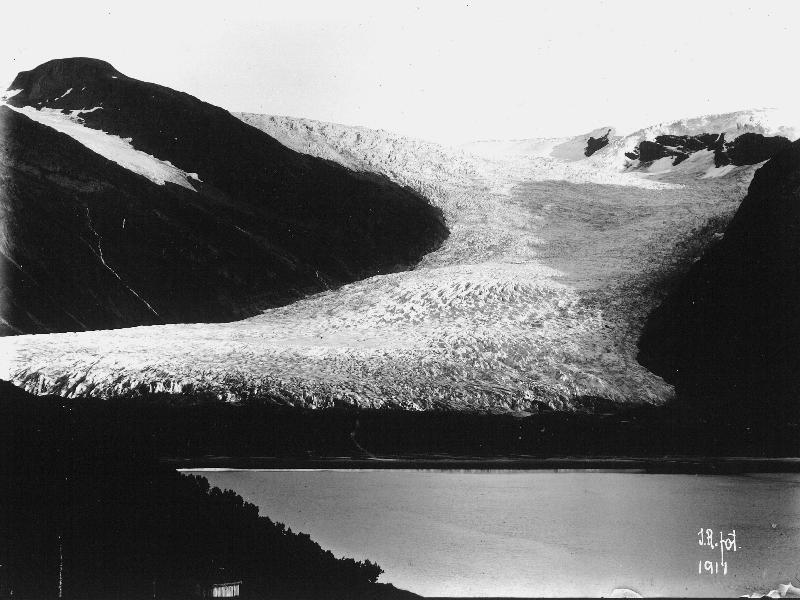 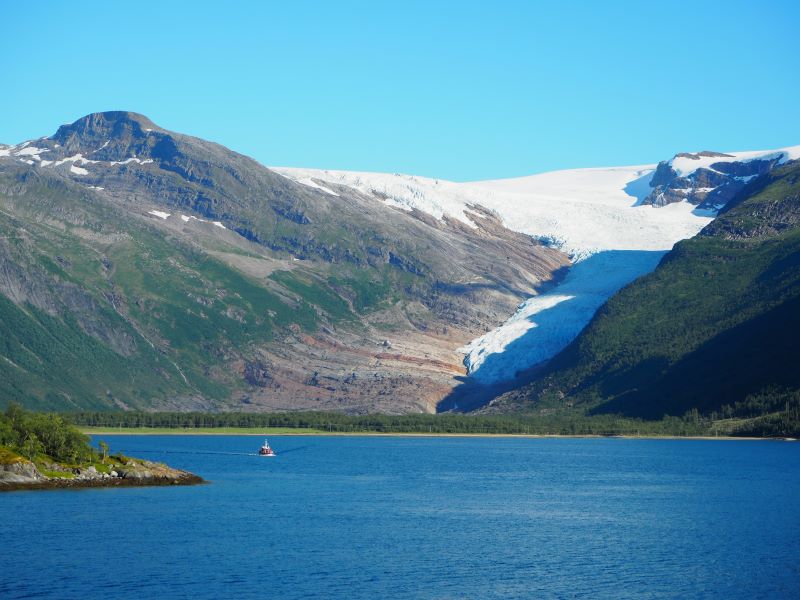 Engabreen (ID 1094) in 1911 and 2017. The glacier has retreated 2.4 km between the imagery, and lake Engabrevatnet has formed. The terminus position has been measured almost every year since 1903. Engabreen had an advance that culiminated in 1910, and then retreated slowly until 1931. During the next decade, calving and rapid retreat resulted in the appearance of lake Engabrevatnet. The glacier has had three advances culminating in 1971, 1984 and 1999. After 1999 the glacier has retreated. Photos: John Bernhard Rekstad and Jostein Aasen